To empower the next generation of Vietnamese leaders with a passion for service, propensity for leadership, and self-awareness with the intent of advocating for progress in the North American Vietnamese community.

Being the foundation of UNAVSA, education is the main focus pillar of the organization.

Building and empowering tomorrow’s leaders through strategic initiatives and programs.

Fostering a collective sense of community service across the entire continent.

Uniting together to spread the immersive and beautiful Vietnamese culture

The Union of North American Vietnamese Student Associations is a 501(c)(3) non-profit, non-partisan, community-based organization. UNAVSA is dedicated to cultivating the next generation of leaders who will serve as stewards of the Vietnamese community.

Officially formed in 2004, student leaders from Southern California and New England recognized an unmet need within the Vietnamese youth community focused on the development of the next generation of leaders. From this collaboration, UNAVSA was created to develop and organize a large, supportive network throughout the United States and Canada. The first conference was held in Boston, Massachusetts in 2004, where over 200 young activists from across the country and from different community-based organizations came together to develop the foundation for what UNAVSA has accomplished to date. With the first election of eleven regional representatives and five executive officers, the delegates outlined the structure that has evolved into the Council of Regional Representatives, the Executive Board, and the President’s Council. 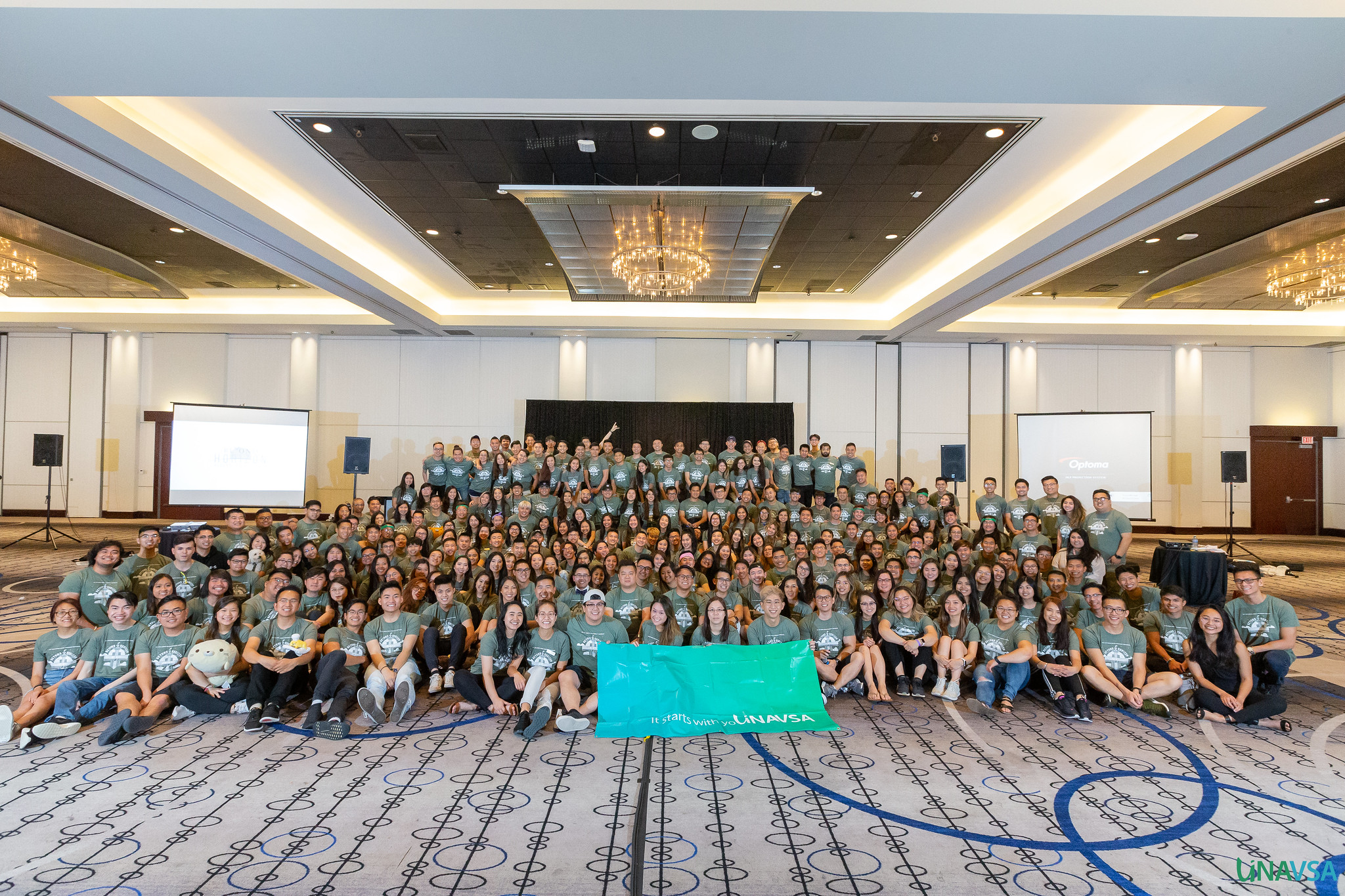 We strive to bring together young professionals and students to build unity and solidarity among North American Vietnamese youths as well as in the international Vietnamese community.

Encouraging and recognizing the growth of leadership and service

Cross-promote regional events, and learn from one another

UNAVSA produces a multitude of projects to accomplish our goals to develop the next generation of Vietnamese youths and leaders year-round, including opportunities for philanthropy & professional development.

Below are the values that we as an organization operates with. Our staff functions utilizing the following values in their daily work and it is our hope to instill them with all attendees of our programming.

We are the owners of our individual projects, committed to personal responsibility, and stewards to UNAVSA’s success as an organization. We are accountable to ourselves, our team, our audience, and our supporters.

We seek to cultivate an inclusive space within and beyond the greater Vietnamese community to provide our constituents support and a place to belong. We continue to observe our progress and fill in the gaps to cultivate a stronger community

We embrace the mentality to promote growth for our organization, constituents, and community. We strive to give individuals the resources needed to succeed.

We always strive for excellence with all of our products, activities, and development opportunities. We are focused on creating the best value for our stakeholders.

We are honest with ourselves and others. We strive for consistency in all that we say and do, and we do not compromise our work.

We are honest with ourselves about our own strengths, weaknesses, emotions, thoughts, and behavior patterns. We acknowledge any shortcomings as individuals and as an organization and continue to seek improvement to become the best.

We Are 100% Volunteer based organization

Our staff and volunteers are students and young professionals across North America, contributing their free time every day to make a different for our community.

As the largest organization for young Vietnamese Americans and Vietnamese Canadians, UNAVSA’s work primarily focuses on civic education. We are dedicated to ensuring that each generation actively engages with issues that affect Vietnamese communities across North America.

We advocate against the deportation pipeline and support policies that enforce sanctuary city protections and improve indigenous relations. We also provide educational materials on how immigration policies have shaped Vietnamese communities in the US and Canada.

We promote awareness of mental health services and dialogue, and support policies that ensure fair healthcare services for Vietnamese communities.

We focus primarily on a fair Census count and voter education and mobilization, especially in major Vietnamese enclaves. Additionally, we actively advocate for improvements in language access and data disaggregation policies.

We support workers’ rights to fair, healthy, and safe working conditions, as well to a living wage.