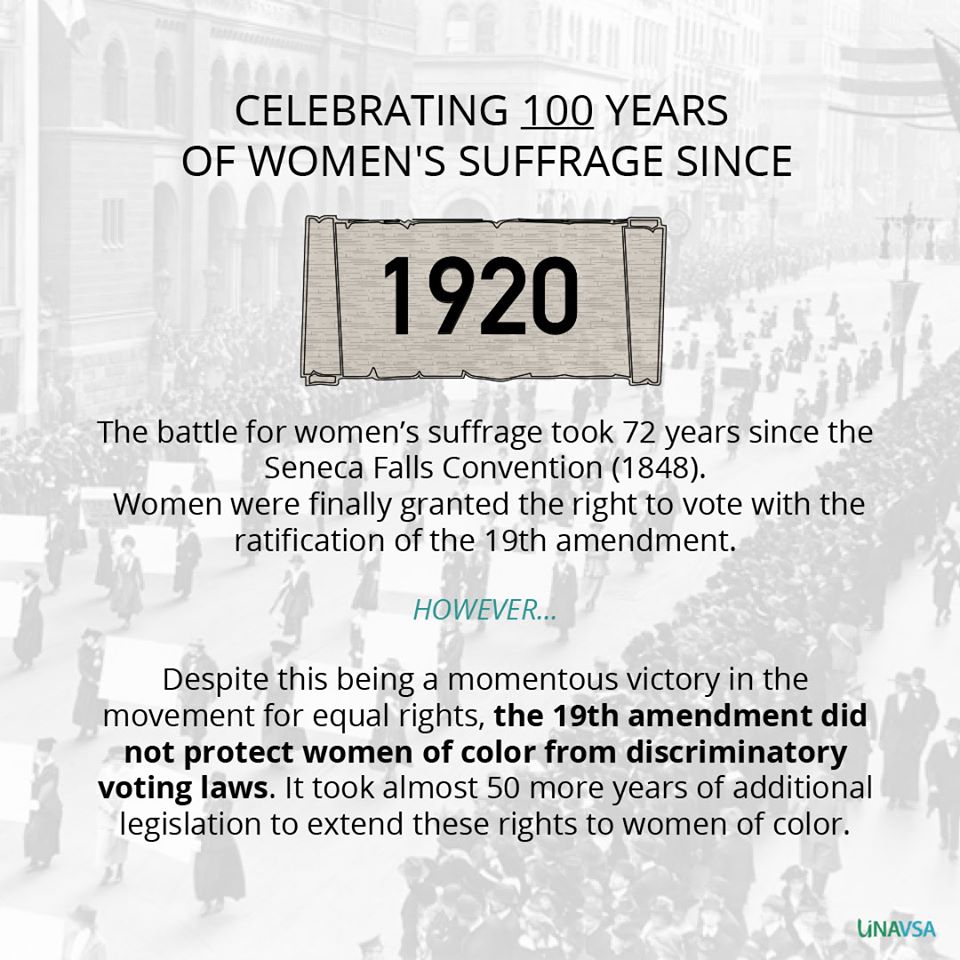 For Women’s History Month, the Civic Engagement committee released a timeline of the Women’s Suffrage Movement since 1920. The 2020 Women’s History Month theme was “Valiant Women of the Vote” to honor “the brave women who fought to win suffrage rights for women, and for the women who continue to fight for the voting rights of others.” 2020 also marked the 100 year anniversary of the 19th Amendment which granted women the right to vote–however, not all women. Click below on the thumbnails to expand on each of the images. 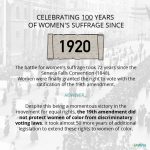 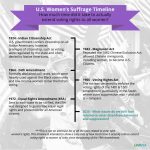 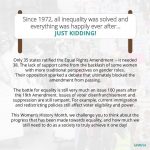 Our timeline, while not fully extensive, is meant to show just how much time passed between 1920 when the 19th Amendment was ratified and 1965 when the Voting Rights Act was passed. Depending on the state, it can take a long time for policies, amendments, etc., to actually be implemented and enforced. Just passing a law or piece of legislation often is actually not enough to sufficiently protect people’s rights.