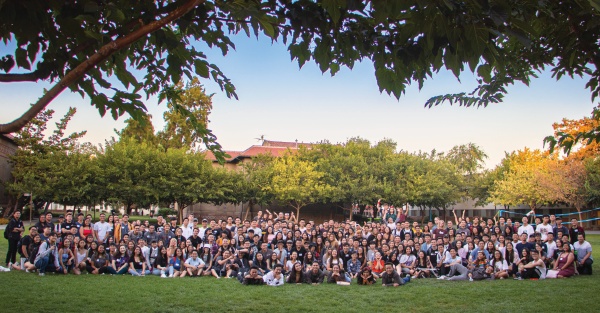 Provide a detailed description of the educational program and the population it served. Details MUST include: date of event/time-period, number of participants, program purpose (goals, objectives, etc.), use of resources (finances, community support, etc.), marketing techniques and evaluation processes.

SJSU VSA has an Internship program every year where members can sign up to shadow our officer’s and get a behind-the-scenes look of how VSA is run. The program is every spring semester at SJSU, starting from February to May. The interns join our cabinet meetings and contribute with ideas and teamwork.

Each year, three of the officers join to help coordinate the internship program. Typically, this includes the External Vice President, Academics Chair, and any other officer who’s interested in leading the interns.

After 7 interns applied and were selected, we had an Internship Retreat & Workshop on February 28th with introduction, bonding activities and skill-building exercises.

Every 2-3 weeks, interns are assigned an officer to shadow. The shadows were chosen according to the intern’s preferences on the application. We also scheduled the shadows with consideration to VSA’s major events (as our ACE program and Culture Show would be more active in some months than others). Interns learned from the officers and worked alongside on events and tasks to gain experience and build skills.

The interns work as a team to host general meetings, activities, events, and accomplish goals. Each intern cooperated in a role according to their shadow and their interests (e.g. the intern shadowing Publicist would help set up the weekly general meeting event page).

Most of the interns chose to run for an officer position during Elections as they had gained the confidence and passion for VSA to try and join the next year’s board.

The interns planned and hosted the End of the Year Banquet virtually on Zoom (May 29) and concluded this year’s VSA with recap, games, recognition, and the next

The interns gained the opportunity to learn about leadership and involvement in VSA, which included hosting events and meetings for our members. Although we gave suggestions for ideas, it was the interns who decided what to do for their meetings along with how to plan it. This involvement and leadership went to help interns and other members over the years build experience.

Through shadowing and being involved with VSA, the interns also learn about the greater Vietnamese-American community like NorCal UVSA and UNAVSA. They also got involved with local nonprofits, other student organizations and helped local businesses with fundraisers.

Past cabinets wanted a way for members to learn more about the cabinet, to build experience and skills, and develop the confidence to run for positions of leadership. They created the internship program, and over the years it has changed and improved.

In prior years, other interns have gone on to apply for various leadership positions in VSA, including the officer cabinet, Culture Show, ACE program, family heads and also leadership experiences outside of VSA. We encourage our interns to pursue their passions, interests and vision.

How did the organization overcome any challenges that arose while planning and implementing the educational program? What was the outcome of the program in terms of goals met, successes, and failures?

As we were in the middle of our semester, the shelter-in-place quarantine for the coronavirus pandemic began and disrupted our plans for the semester. We had to shift to a virtual environment along with virtual activities. Additionally, with the changes in how our events and meetings were done, our interns had different activities to prepare for and virtual meetings that have never been done. It was also a learning experience for us and the interns and we pioneered new ideas as it was unprecedented for our club.

Despite the challenges, we still persevered. Interns and officers worked together to bring community resources for coronavirus relief to our members. We came up with new ideas to keep members engaged and to carry on with events such as family reveal and ACE reveal.

We didn’t get to tackle everything we initially envisioned this semester, nor did some

of the Zoom meetings turn out as expected, but we chose to be flexible and made successes with what we could. The interns gave their thanks to the cabinet and to VSA at the End of the Year Banquet for their internship experience, which I’m glad for.

Early on, we implemented “intern dates” to have our interns bond and get to know each other more through things like going out to get boba. Once the quarantine came, we had to stop the intern dates, but it was successful and fun early on.

What specific topics did this program address? What questions did it answer? How do you evaluate its success, both qualitatively and quantitatively?

We focused on providing opportunities for our interns to learn, develop skills, build experience, and get involved with leadership. We wanted to have a program for members interested in getting more involved in VSA and leadership. We also wanted a way for members to build confidence in officer positions they wouldn’t have thought of before.

Having multiple shadows in a rotation, with some rotations longer than others allowed interns to spend more time focused on their positions of interest. They also got experience in other positions for cross-functional training and to understand how their peers performed.

Interns joined us for cabinet meetings and also had their own meetings to plan and communicate for their events. Interns hosted some of the general meetings virtually, such as the Yoga zoom meeting, the Self-care workshop, and the TikTok dance workshop. As we had to change our program and events for the semester significantly, we also had to keep in mind that not everything would be accomplished as intended. Still, we tried our best to accommodate for our interns and assist them with planning and resources provided.

Towards the end of the year, they planned and hosted the End of the Year Banquet zoom to conclude the year. The EOTY Banquet was a way for us to bring together our members after our finals for fun games, superlatives, and the farewell speeches from seniors and the cabinet. It also serves as the intern’s large-scale event planning.

During cabinet meetings, we would evaluate the meetings and events with pros and deltas to record what was good and what could have been improved.

Our Internship Coordinators checked in with the interns to see how they were doing academically, work-life balance, and with VSA. We would also take some time to talk about their visions for VSA and what they thought could be improved. Working with the interns was also an eye-opening experience for us as well as the interns had bright ideas and raised their passion for VSA.