Outstanding VSA of the Year 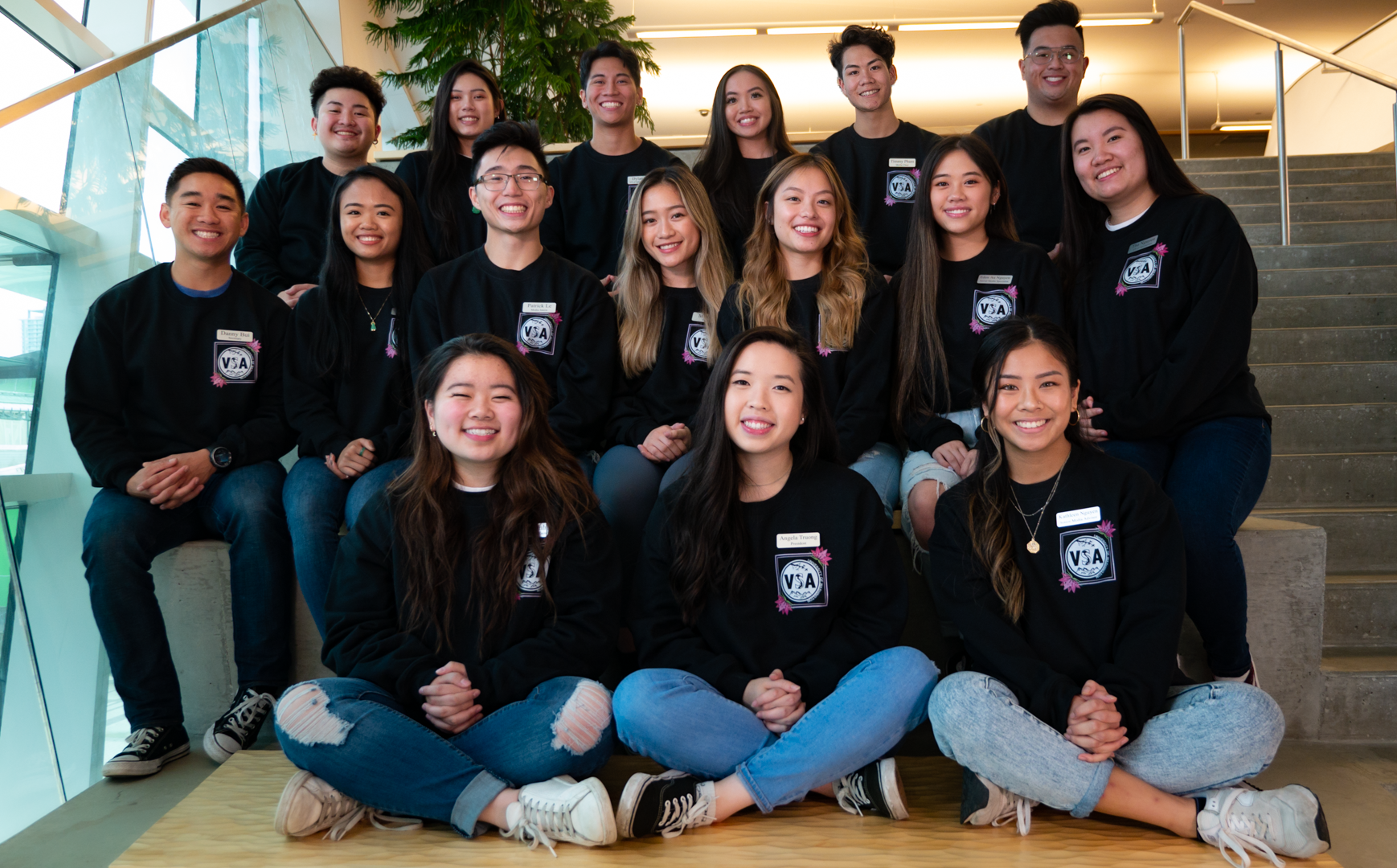 What are the purpose and goal(s) of the VSA, and how has the VSA met or exceeded those goals?

As a Registered Student Organization (RSO) at the University of Washington, VSA bases the fundamentals of our programming on culture, philanthropy, community, and family. With that in mind, VSAUW set goals for the 2019-2020 school year in regards to 1) the development of leaders, 2) member involvement, and 3) identity/cultural exploration. We can proudly say we have met these goals. In our team of 21 individuals, only 9 were returning officers. Navigating a new year with a new team came with its challenges, but with that, came the beauty of innovative changes to our programming. Officers were able to take on their own personal projects of their interest, and be heavily involved in the planning and executions of such events. VSAUW believes that we would be nothing without our members. Member involvement was the center of our focus – as we recognize that VSA is a place where individuals should be able to find their home away from home. The three branches of our officer team were able to contribute to this. Our media team provided an opportunity for members to be involved by sharing their stories of being a Vietnamese-American. Our event team introduced members to our dance team (that got to perform at our local Tết festival), as well as sort all members into Anh Chị Em (ACE) families. Within our executive team, our secretary was able to host a Resume and Networking workshop for our members during the pandemic. To provide a space for identity/cultural exploration, our cultural chair provided cultural segments during our bi-weekly general meetings, covering topics like food, clothing, traditions, etc. Also, VSAUW collaborated with other RSOs to host “Reclaim Your Narrative”, an event to unite our Southeast Asian community, “Beyond the N Word: Anti-Blackness”, a night to examine anti-Black racism and how it manifests in our lives today. Our biennial male pageant provided a space for contestants to explore the concept of toxic masculinity and discuss how it affects

Address how the VSA was outstanding in the following areas: recruitment, marketing, outreach to campus community, use of resources (financial, etc.), officer training and event planning.

VSAUW starts our recruiting process well before the beginning of the school year by putting out applications for members to apply to be a part of the officer team. As the school year begins, our recruitment and marketing comes in many forms. We table on “Red Square”, a central part of our campus where there’s a lot of foot traffic. Our student center hosts an event called “Dawg Daze”, which is basically a club fair. We table with a trifold of pictures encapsulating what VSA is about – and advertise our first general meeting of the year. We have clipboards for those that are interested in receiving emails. Additionally, our officers take to their personal social media to get word out. Our outreach to the campus community is something that we are immensely proud of. We are so blessed to have running relationships with other Registered Student Organizations (RSO) such as KhSA, FASA, KSA, etc through collaborations of events like identity night and winter formal. At UW, RSOs are not provided with financial funds but rather grants that we have to apply to. We take initiative to apply early to be able to receive the funds that we need for our big events (culture shows). We also hold fundraisers to raise money for CPP. These fundraisers allow us to table on Red Square and maintain interaction with members, continuously introducing VSA to the community. Our officer trainings takes place during our back to school retreat and our winter retreat. During these retreats, the exec team collaborates to hold workshops about team communication, budgeting 101, external VSA, and a crash course on Google Drive + Workplace. To tackle event planning, our team utilizes committees. Committees are a great way to split the work up accordingly and to keep each other accountable. We utilize Google Sheets with different tabs for each committee (decorations, merchandise, volunteer, etc) that had the task item, dates or deadlines, and links to previous resources in case they needed it.

How did the VSA work together? How did you maximize strengths and overcome weaknesses? How did the group work to establish responsibility and accountability among its members?

The VSAUW officer team operates on three branches: event, media, and executive. By having these three branches, we are able to do work separately but collaboratively at the same time. Within these branches, there are team leads that ensure that tasks are being carried out, and they also look over the wellbeing of their team. Team leads are responsible for maintaining and emphasizing cross-team communication and collaboration. For example, when an event idea comes from event team, they need to decide if they will need anything from media team (photos, photo booth, etc).  In addition to establishing that, event team will look to the exec team for assistance: secretary to book any necessary rooms needed, treasurer for a budget, etc. To maximize strengths and overcome weaknesses, we make sure to reflect. After each event we host, we sit down during an officer meeting to discuss the pros and deltas of the event. Our pros make us proud of what we’ve done, but we always keep in mind that there is always room for improvement: hence, our deltas. We take the details mentioned into great consideration as we plan for the next event. As a team, we also examine the pros and deltas of events we attend as well, having discussions about what we enjoyed from the event that we could take back, and what we weren’t too fond of that we would take a different approach to had we hosted the event. In order to establish responsibility and accountability, especially in a 21 person team, we rely on our team leads to keep their respective team accountable. These team leads are not just designed to be solely “work buddies” per say, but they are meant to be mentors and someone that their team can lean on. These team leads facilitate bonding, communication and are tasked with keeping their team spirit alive.

Provide specific examples of how the student group demonstrated growth and development in the 2019-2020 academic year.

In the beginning of the school year, our team struggled with communication and cohesion. With lots of new officers on the team, returning officers faced the “pressure” of laying the foundation down for the rest of the team. We felt that though we had good team energy and excitement, our lack of communication hindered the work we were able to put out. However, by being able to come together and clarify any questions, we were able to fix this. We discussed expectations that we all had, and discussed our communication methods. Then, we were able to proceed and excel. Moving forward, at our first general meeting of the school year, we had a whopping 250 people show up. The room that we originally booked went over capacity, and the front desk had to have us moved to an auditorium. Seeing such a big turnout definitely “pumped up” the team, and gave us even more of a reason to do what we do. Even though we did not end the year with all 250 members, we truly believe that through our events that we’ve hosted and the events we’ve attended, we were able to impact so many individuals – and we were able to provide a home for them. Additionally, VSAUW dance team is something that generally attracts members. In the previous years, this was a role that someone on the officer team would take on, on top of their officer duties. However, this year, we created a new role for the team: dance team coordinator, or as we also call it, dance boss. The dance boss is tasked with holding auditions, practices, and bonding for our members and officers. In addition to that, she was also responsible for the choreography that she taught (traditional, hip hop, etc). Dance team was able to showcase on BOTH days of Tết in Seattle, the local Tết festival. This was a great way for members to stay in touch or learn more about their culture, too. As an organization, we believe that the highs and lows that we go through get us to where we want to be. VSAUW without a doubt has grown and developed gre