The story follows a Bad King who neglects his country, a Princess who bears the consequences of his actions, a poor Queen who becomes hopeless, and a little child who carries on the Princess’s story and legacy. The King ignores the pleads of the people who are in need of him, focuses more on his self-interest, and ultimately ends up dying from the hands of the new King’s invaders. The Princess and Queen who escaped from the Palace end up homeless, but the citizens don’t want to help them due to the King’s legacy, making them hate the royal family. Only one small child helps them. Unfortunately, the Queen dies of her illness and poverty, consequently falling into despair as she delivers the theme of the play. The Princess, now alone, sees her people getting hurt because the new King is paranoid that she will start a revolution against him one day. To avoid that, he is willing to kill anyone who gets in his way, including the child who helped her. She expresses her inner turmoil and agony in a monologue, about how she hasn’t done anything for these people and now they are at risk of dying due to her ignorance. She gives the child who helped her her mother’s memorabilia, as she leaves to head off to the new King’s palace. The new King kills her in secrecy, thus no one knows that she sacrificed herself for the better of the country. The child, who grows up to tell the next generation about the Princess’s story, explains that despite one’s poor upbringing and circumstances, never give up hope and be kind to others. Most importantly, fate does not control one’s life, it can be changed, as to how the Princess changed hers.

The story is an original production based on the famous Vietnamese proverb “Đời cha ăn mặn, đời con khát nước”, or roughly translated to “When the father’s generation eats salt, the child’s generation thirsts for water” in English. This play is our take on the symbolism, interpretation, and understanding of this deeply meaningful proverb. Although we reserved some aspects of the original proverb, we wanted to expand upon the depth of this saying by exploring the possibilities and complexity of it, thus leading to the creation of our performance. Incorporated in the performance are traditional aspects of costumes (traditional áo dàis), music (Vietnamese music), dance (water and lotus dance), and language, all while fusing modern and contemporary facets of theatre and performing arts (shadow dance, martial arts, lights and LEDs).

From the bottom of our hearts, at UTMVSA, we hope you enjoy the spectacle that we’ve worked endlessly to develop, plan, prepare, practice, and perfect. 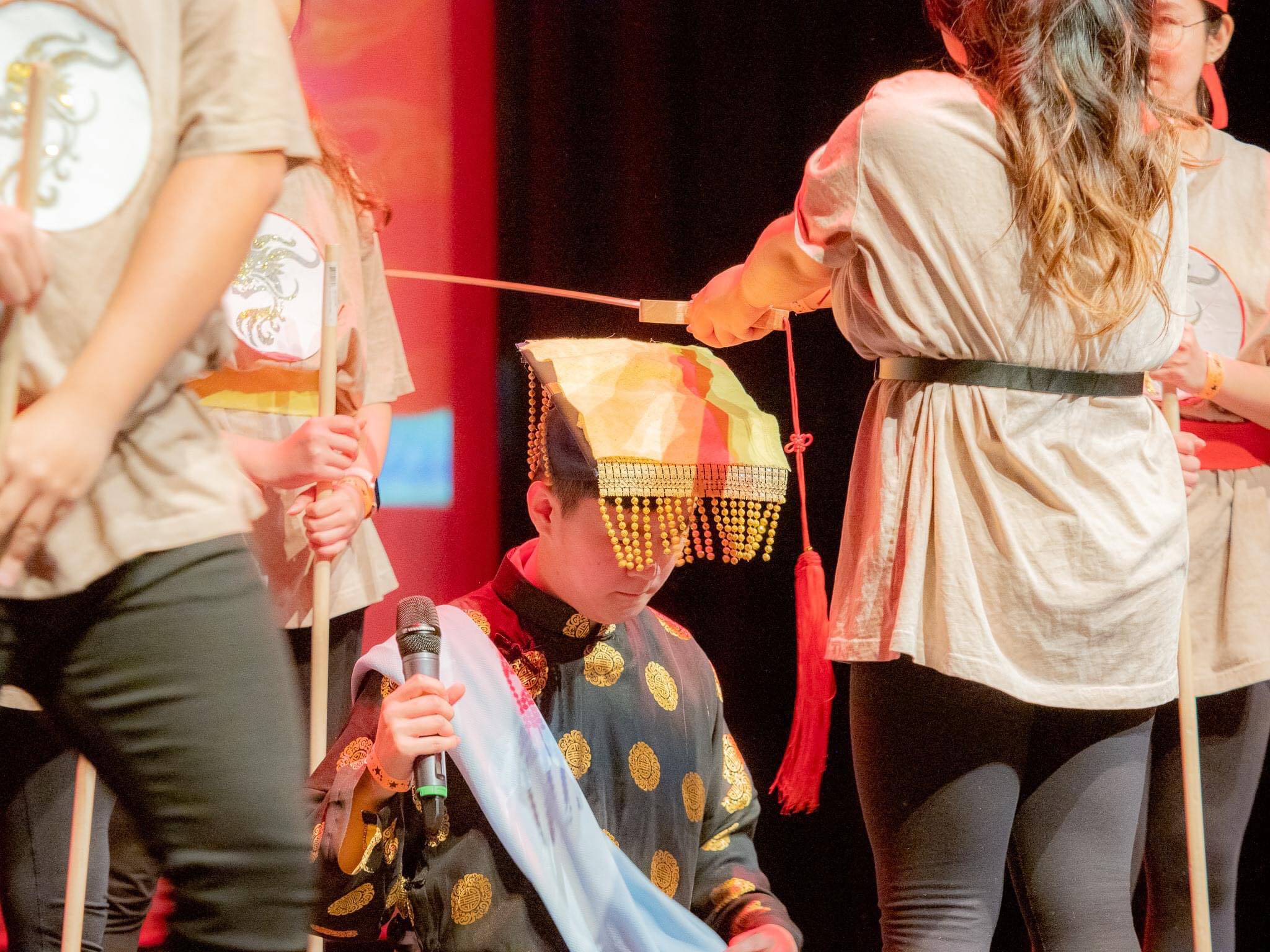 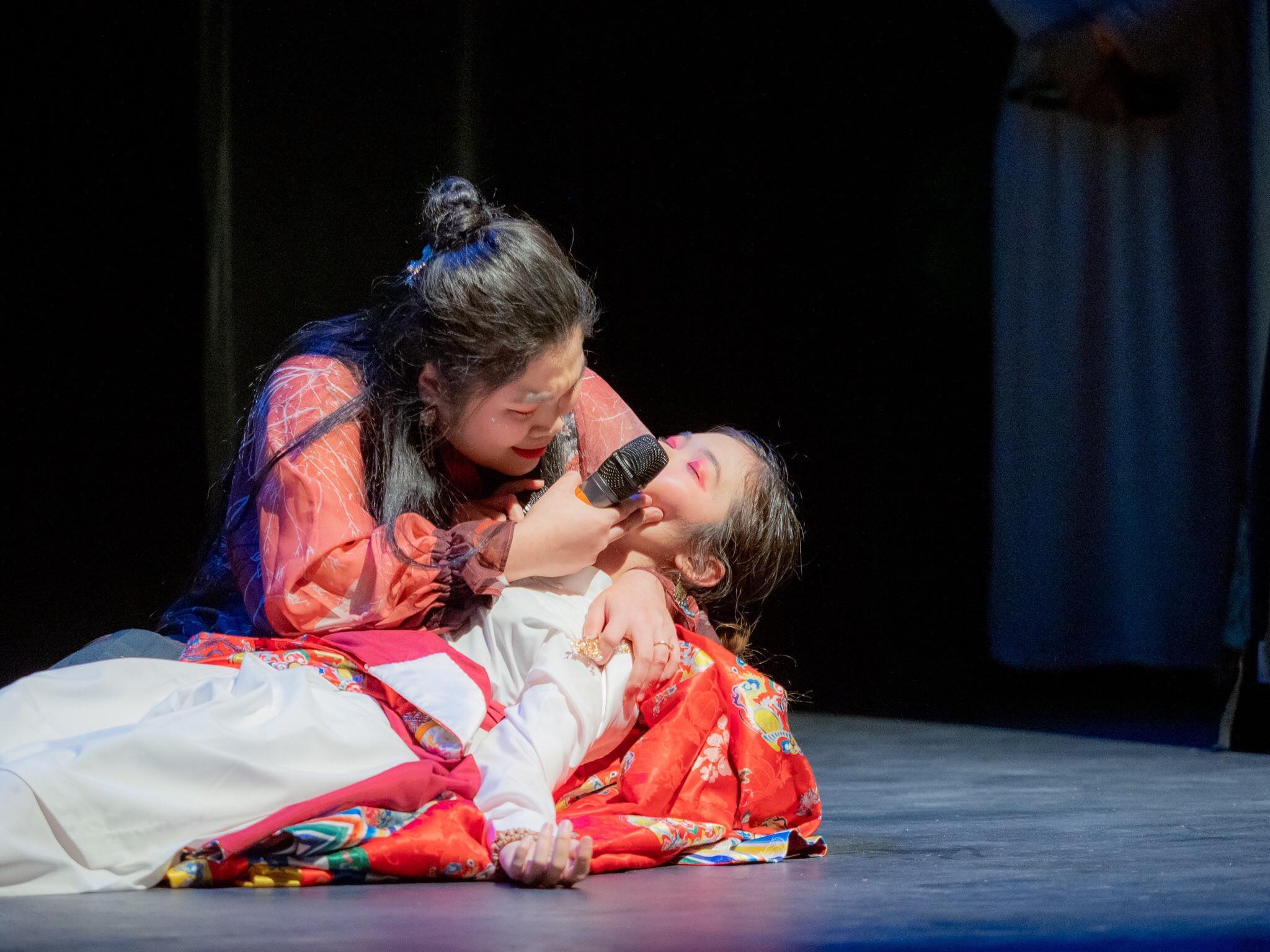 After spending countless hours of preparing for Ignite, all of our hard-work paid off; UTMVSA placed 1st this year for Ignite!! ———————— “March 7th 2020. 2nd year with UTMVSA, first time being Cultural Director, and FIRST PRIZE for our performance! I have no other words to say, but that I’m EXTREMELY PROUD of my dear family for making this happen. Looking back at the journey we’ve been through together, there was hard times, but more than that, the time spent together was filled with joy and happiness. What I wanted to bring to IGNITE was not only a mere performance, but also the aspects of Viet culture that had been nurtured through many generations, our passion with those heritages, and our pride as the young Viet-Canadian generation. In general: Amazing journey, lovely people, and meaningful lessons. HIGHLY RECOMMEND.” – Linh, UTMVSA Cultural Director