The UH VSA cultural dance team had a very successful year, perhaps the best we’ve ever had. A turnaround from previous years. The team’s best performance was at UVSA South’s first culture show, Trở Về Việt Nam (Returning to Vietnam). Choreographed completely original by our Cultural Director, Susan Nguyen, the two songs selected for the dance fit with the theme and embodied the Vietnamese culture in less than 5 minutes. The first dance with the song titled Lối Về Xóm Nhỏ meaning the Path Home to a Small Village portrays the welcoming, and wholesome village life in Vietnam and the beauty of a harmonious village community celebrating a long day of harvest. The cultural dance team had a blast practicing this routine and put a lot of effort into perfecting this. The second dance with the song titled Duyên Âm shows the upbeat nightlife in a Vietnamese city, very youthful and hip. The team portrayed the bustling nightlife in the city streets that Vietnamese youth would participate in – a modern, contemporary side to Vietnam. Overall, the team put so much effort, hard work, and high spirits to delivering this performance. Despite the minor wardrobe malfunctions with the second song and other logistical malfunctions with dress rehearsals, the team gave everything they got into successfully finishing their routine. Perhaps the best performance of that night and perhaps the best performance UH VSA was able to deliver. 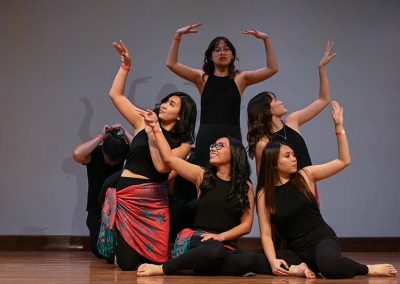 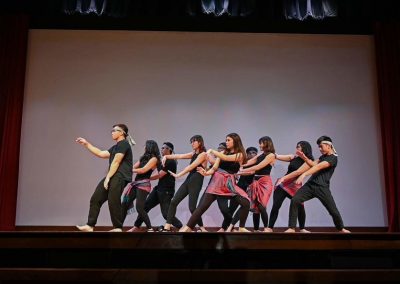