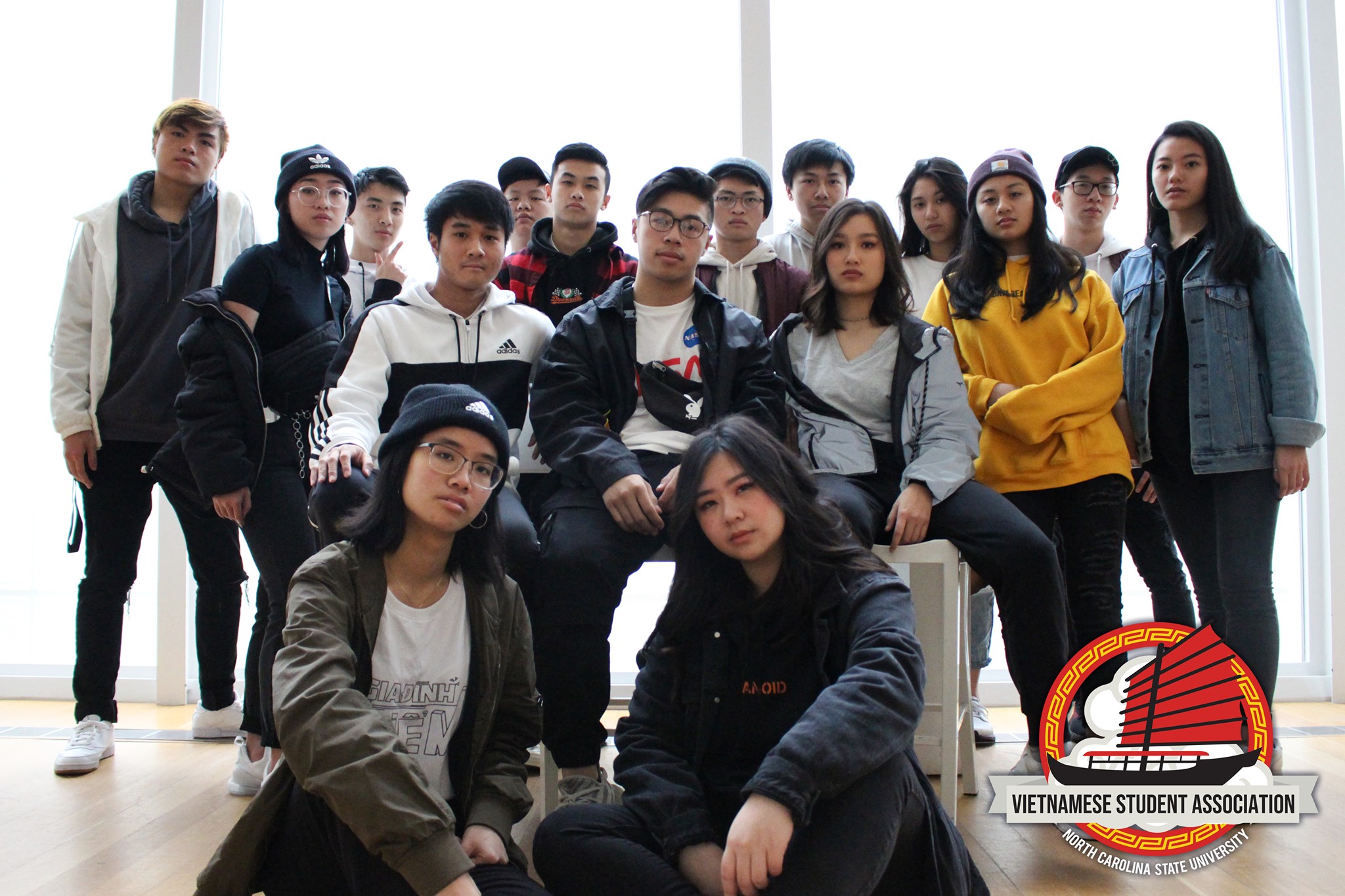 The Vietnamese Student Association at NC State University (VSA at NC State) hosted an áo dài fashion show on Thursday March 5th, 2020 titled “the Áo Dài initiative.” The purpose of the event was quite simple; to showcase pride and confidence in not only the Vietnamese culture but also in oneself. VSA at NC State prepared a multitude of gently used traditional attire for the many that came to join. Participants were able to chose which attire they would like to try on, walk down the fashion walkway with said attire, get their picture taken, and lastly had the opportunity to purchase the attire at a student friendly price, after the fashion show.

The Áo Dài initiative would not have been possible without the help from Hon Viet, a local dance group. Co Giang, a member of the dance group, was the point of contact who assisted in reaching out to the Vietnamese community for the áo dài donations. There was in total approximately 30 gently used traditional attire for the event. After publicizing on Facebook and during general body meetings, the fashion show had over 30 members, non-members, and VIPs in attendance. In total, VSA at NC State raised $378.00 and all profits went back to Co Giang and her dance group.

Once the event was over, evaluation of event was discussed during the coming executive board meeting. The assessment included a feedback form with pros and cons, challenges, and impact.

“We specifically wanted to incorporate more cultural events in the spring other than the traditional Viet night. I saw it as a good opportunity to reach out to the local Vietnamese community to organize it and to pay homage to Co Giang who is one of the backbones of VSA externally in the community” Emily says.

wanted to give back to them. They wanted to be as much of a resource to the community as the community had been to them. In hopes of that, the event was able to bring awareness to traditional Vietnamese attire, brought together generations of the Vietnamese community (1st generation college students, VSA alumni, parents/family, etc.), and raised money that was then given back to the local community.

The event purpose was to showcase pride and confidence in not only the Vietnamese culture but also in oneself. With a fashion show, many individuals were able to engage in conversation about the different style of áo dàis, the history of how their family got to America, the past/present/future of VSA at NC State, and so on. The event created more than just an education on traditional Vietnamese attire, it also allowed for (re)connection and bridging the gap between two communities.

Leading up to the event, one of the biggest challenge was the room. North Carolina State University has 2 main campuses: main campus and centennial campus. Since there were no current rooms available on main campus, VSA at NC State had to book the Duke Energy Hall in Hunt Library on centennial campus. That meant there was a lower chance of people attending. To overcome this challenge, the key was publicizing and sharing the event, and making the entirety of the experience easier. The executive board included a map of the closest park areas, signs for where to go to get into the event, and were on standby day of for any questions.

Set up was also a challenge. Day of event, there were logistical challenges. The PowerPoint set up in the room was not working during certain times and there was also little to no audio for the music for the walk. Luckily Duke Energy Hall is inside a library and the executive members were able to easily check out speakers and ask for IT.