Most Outstanding VSA Member of the Year 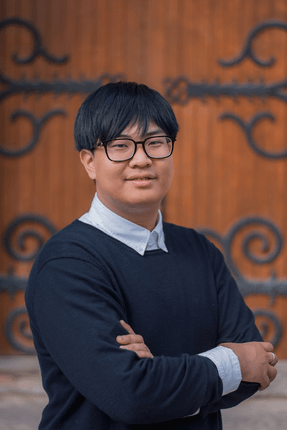 Johnny was selected as UVSA Eastern Canada’s member of the year as his contributions to the region and his own VSA for the past two years have really helped improve our UVSA’s events as well as his own VSA. During his time as president, he was a key player in developing the current reputation of UTM VSA – they are well known for their impressive performances and friendly attitude towards other VSAs within our region. His contribution and dedication to his VSA really made him stand out as a candidate, as well as his continued support of UVSA Eastern Canada’s events and initiatives. In addition to his own VSA, he was also a part of our events committee, President’s council and our leadership summit staff and has actively played a role in
planning and executing these events. For our member of the year, we selected a candidate we felt who really brought his own VSA to new heights while continuing to support and contribute to UVSA EC initiatives, and Johnny has done an amazing job of
both in the last two years.

Johnny was one of UTM’s presidents this past year, as well as an events officer for UVSA Eastern Canada. As the president of UTM VSA, Johnny strived to come up with many events to further expand UTM VSA’s outreach to its community and worked well
with his team to allow new members to step up and take leadership positions by hosting their own events. UTM VSA held a wide range of events that focused on raising funds for their club, collaborating with other student groups on campus, and including events that were fun as well as informative about Vietnamese culture. While completing his duties as UTM VSA’s president, Johnny was also an active member on the UVSA Eastern Canada team as he helped plan all of UVSA EC’s events and worked
behind the scenes to ensure that these events were successful and enjoyable for the region. Through his efforts this year, many of UVSA EC’s events were well planned and thoroughly enjoyed by the region and has encouraged more members to participate in regional events, such as Ignite and VITA Summit 3. As a president, Johnny was also involved in the President’s Council, organized by UVSA EC. As a member, he worked with the other presidents to try and create an initiative to further increase
collaboration between the VSA’s and expand member’s knowledge of the VSA’s within our region. Although the project had to be cancelled this year, his input and drive to help plan the project was paramount in helping establish this year’s President Council.

Johnny’s endless dedication to his VSA and the Eastern Canadian region has been meaningful as his contributions really helped push the region forward. He is incredibly caring and passionate towards his VSA members, as he is always looking out for their
best interest and his main focus is to always ensure they are growing and learning during their time on UTM VSA – he is always willing to accept criticism and work towards building a better vision for his VSA. His patience and compassion towards the members of his team and those he works with have made him a valued member of both teams. He is always a friendly face to look out for at events and makes everyone feel welcomed and appreciated, regardless of how large or small their effort was. During his two years as UTM VSA’s president, Johnny really pushed to establish UTM’s reputation among the VSA’s and the region – UTM is well known for their amazing IGNITE performances and fun events. As the president, he has really played a
monumental role in UTM VSA’s growth – during the last two years, their executive team has increased significantly, and their attendee turn out at events have also increased due to the introduction of new events that are appealing to more members
of the community.