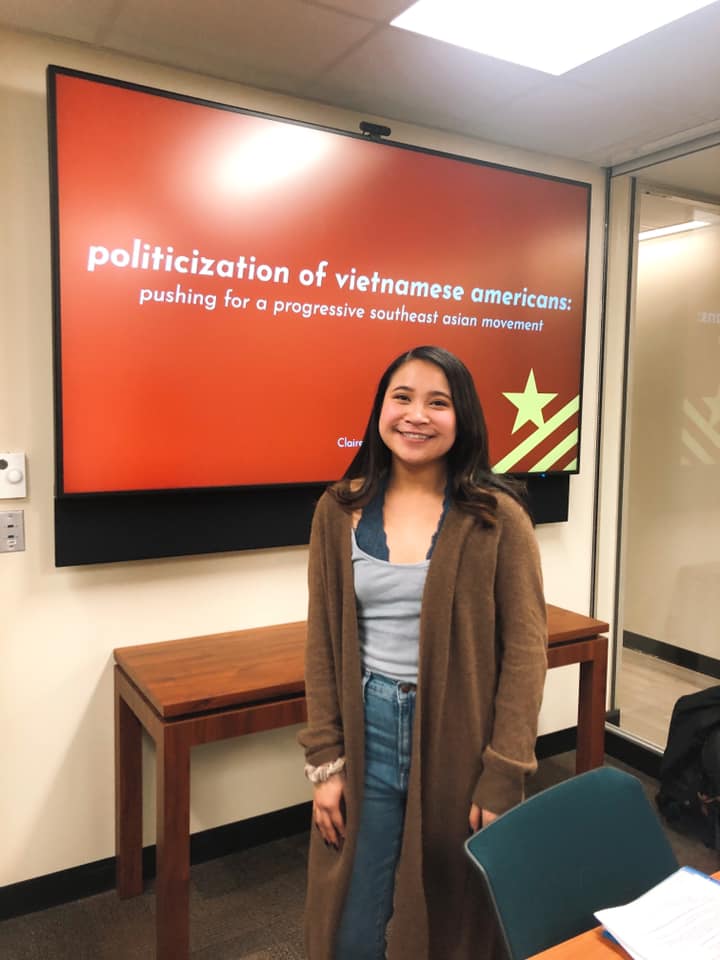 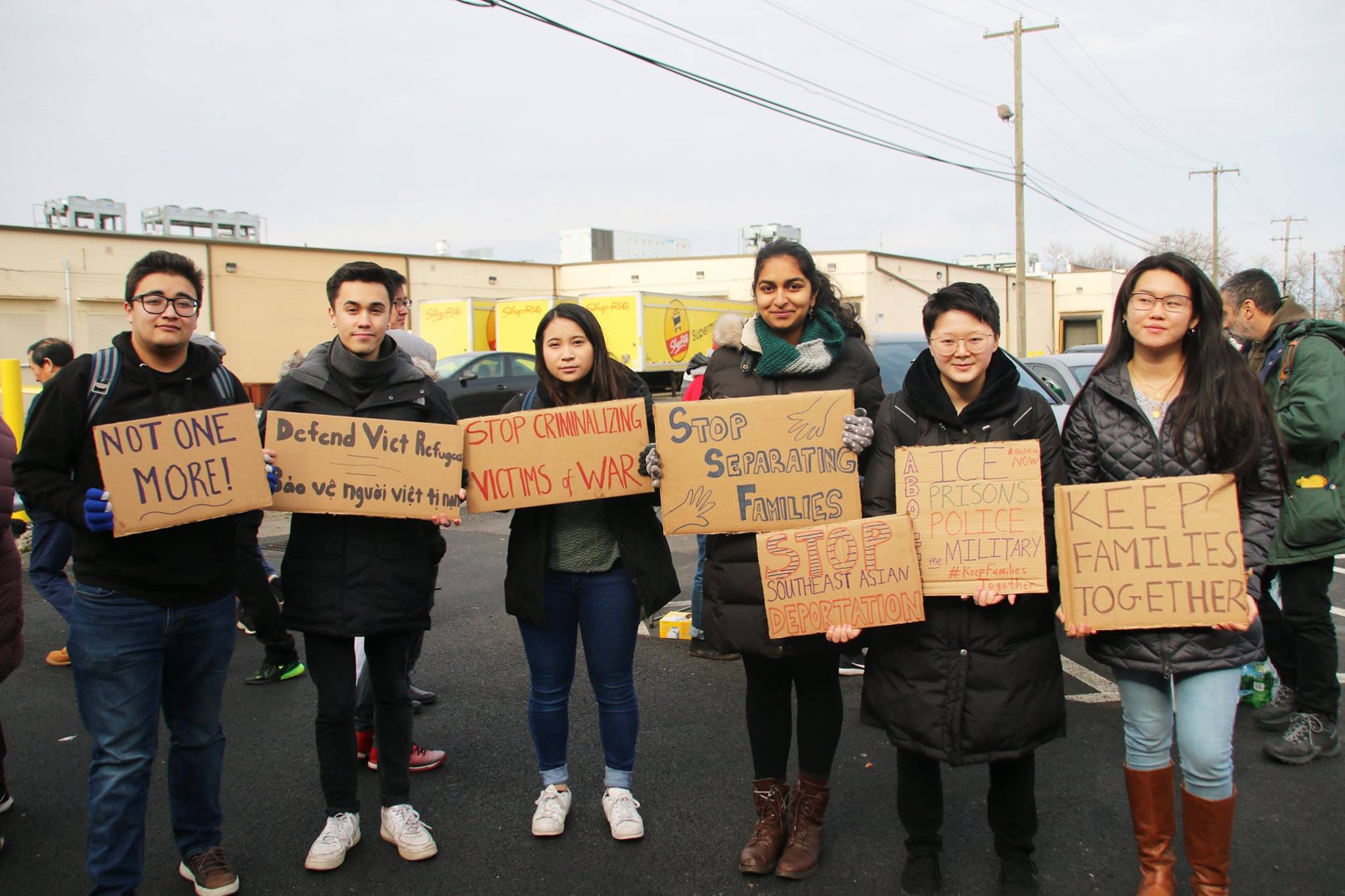 During her time with the Penn Vietnamese Students’ Association, Claire has earned the respect of her peers, making countless contributions as a member of the organization. This recent year, Claire has set herself apart by being elected as Penn VSA’s first ever sophomore president. She is living proof that age does not define one’s capabilities as a leader. As president, Claire led Penn VSA to organize its inaugural summit, Vietna[me]se: Uncovering the Vietnam War and Our Diaspora, which was awarded “Most Cultural VSA” by Northeast UVSA. Additionally, Claire is a scholar of Asian American studies. She was recently awarded the inaugural Asian American Studies Program Fellowship from the University of Pennsylvania to conduct archival and community-based research on interethnic solidarity towards abolition work. For her dedication and advocacy to the Vietnamese community exemplified by her work with VietLead and Penn VSA, Claire was awarded UNAVSA’s 2019 Visionary Scholarship to attend UNAVSA-16 in Vancouver. Needless to say, Claire has been recognized as a stellar role model not only by her peers on campus, but also by regional and national organizations. Claire’s work is a confluence of her academic expertise, skill in community organizing and capacity building, and dedication to engaging Vietnamese youth with political issues.

During her first year, Claire became a freshman liaison for Penn VSA. In this role, Claire was instrumental in the engagement of new students into the VSA community and the augmentation of the organization’s civic engagement initiatives, like coordinating two workshops for students to learn more about unjust detentions and deportations happening in the Southeast Asian refugee community. She served as Penn VSA’s president during this past year. Claire has also become a facilitator for the Asian Pacific American Leadership Initiative, where she is responsible for designing and implementing experientially-based social justice curricula with classes of diverse college students.

Claire’s activism extends beyond her own campus, as she was a 2019 mentor and the first ever out-of-state, virtual Curriculum coordinator for the Southeast Asian Student Coalition Summer Institute, a mentorship program for Southeast Asian-identifying youth and college-age mentors. Claire led the program’s timeline as she created the program schedule, curated the program theme, and engaged with community members to facilitate workshops on topics like deportation, gender, sexuality, and more. She stood out as an exceptional mentor in guiding her high school youth mentees from around the country.

Claire has also been a longtime supporter of VietLead, a community-based organization in Philadelphia and South Jersey. With VietLead, Claire has spent the past few months canvassing and phone banking to ensure that Vietnamese and other Asian community members are informed about the 2020 Census and its importance. During the COVID-19 crisis, Claire has been conducting community check-in calls to make sure that the needs of families are met. In the present, Claire phone banks to support Asian and Desi American voters in Pennsylvania who are applying for mail-in ballots. Claire is committed to getting out the vote in Asian American communities and serves as an intern with APIAVote.

Claire is set apart by not only her leadership, but also her staunch commitment to social justice and her love for building community wherever she goes. Since arriving on Penn’s campus, she has firmly believed that cultural organizations, such as VSA, should operate as more than just a social club. As president, she has acted on her beliefs and brought countless positive changes to both the Penn VSA community and the surrounding Philadelphia community.

This year, Claire led her board in organizing Penn VSA’s first ever summit, exploring facets of the Vietnamese American identity as a result of the Vietnam War and the characteristics of our diaspora. Over the span of a semester, she worked diligently to prepare education materials, procure funds, and promote the event. She reached out to many students, professors, and non-profit leaders in her vast network to develop a diverse panel of facilitators. The summit was attended by nearly 100 students and

leaders from around the region who engaged in interactive workshops, a film screening and discussion, and networking opportunities. Her work, like the award- winning Vietna[me]se: Uncovering the Vietnam War and Our Diaspora summit, is undergirded by her academic experience with and commitment to Asian American and ethnic studies.

She has previously lectured on her Asian American studies research in a Penn Asian American Studies Food For Thought event series. In a presentation entitled “Politicization of Vietnamese Americans: Pushing for a Progressive Southeast Asian Movement,” Claire emphasized the importance of healing through progressive activism and the role of history in bridging generational experiences to end the cycle of trauma among Southeast Asian communities.