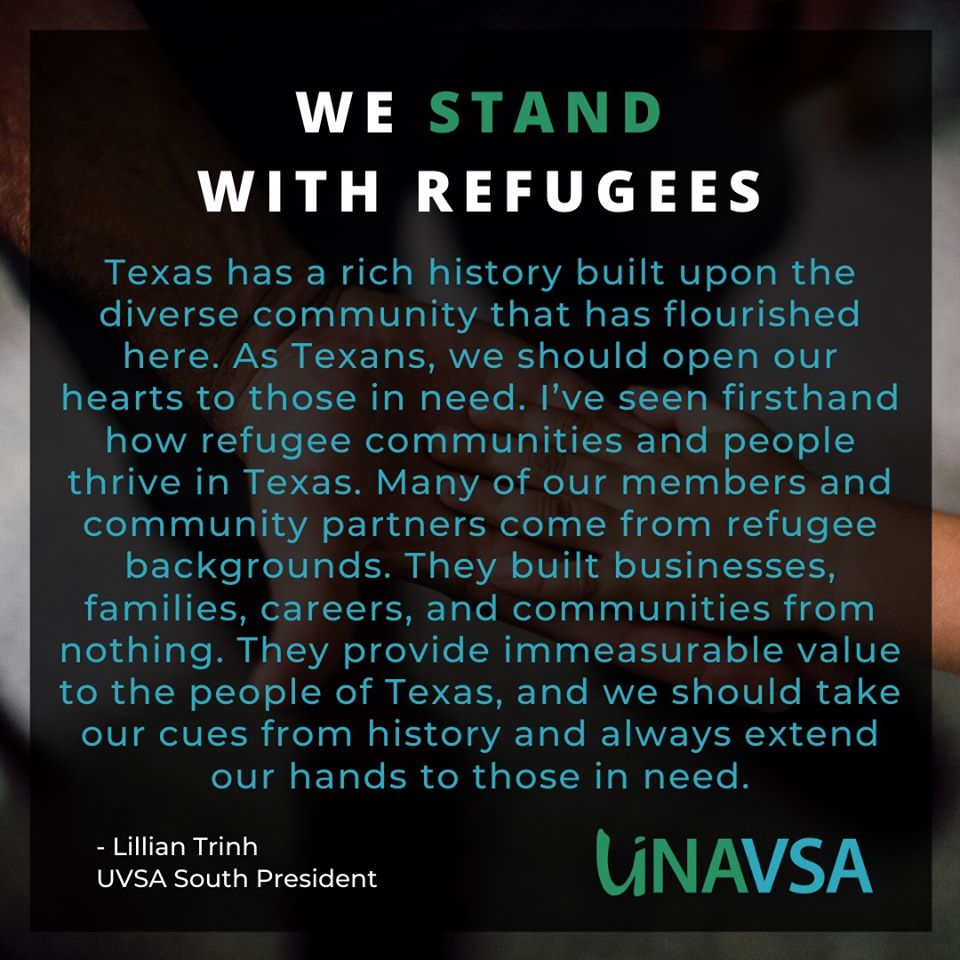 In response to Governor Abbott’s statement to ban further resettlement of refugees in Texas in January, we wrote:

UNAVSA denounces Governor Greg Abbott’s statement to ban further resettlement of refugees in the state of Texas. Amidst unprecedented cuts to the number of refugees the United States is willing to accept, the Trump administration recently released an executive order allowing states to decline to resettle those seeking safety. Governor Abbott was the first to respond, making Texas—once the largest resettler of refugees—into the first state to refuse to take in refugees. Even with pending federal court rulings against Governor Abbott’s decision, UNAVSA denounces this attack on refugee communities. UNAVSA supports organizations like @HIAS who are fighting to preserve the United States’ acceptance of refugee communities just like ours.

Since the beginning of the refugee resettlement program in the wake of the Vietnam War in 1980, nearly 900,000 refugees from Vietnam and countless more from other countries around the world have been resettled in the United States. Texas has always been a welcoming home for refugees, while Governor Abbott’s statement puts our communities at risk by alienating resettled refugees and stigmatizing new ones. We stand in solidarity with immigrant and refugee communities around the world, especially amidst heightened targeted deportations, who have a right to life and safety.

Get involved with and contribute to:
HIAS
RAICES
BPSOS-Houston
Refugee Services of Texas, Inc.