As part of Sexual Assault Awareness Month and in honor of Indigenous Peoples in North America, UNAVSA released graphics on statistics of violence against Indigenous Women. In our original post, we included the following:

How can I help? Become an ally by familiarizing yourself with the issues at hand by visiting the links below.

Click on the thumbnails below to view the full image: 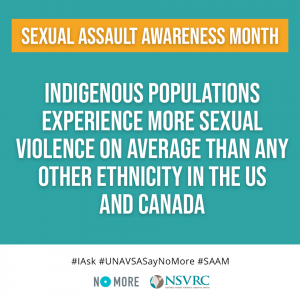 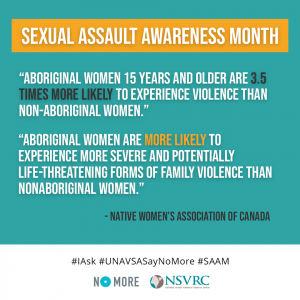 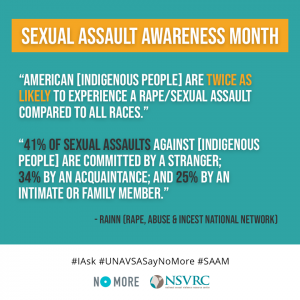 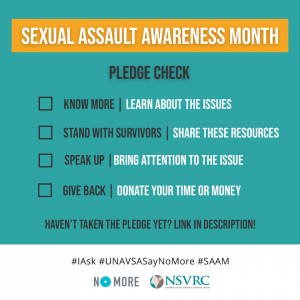