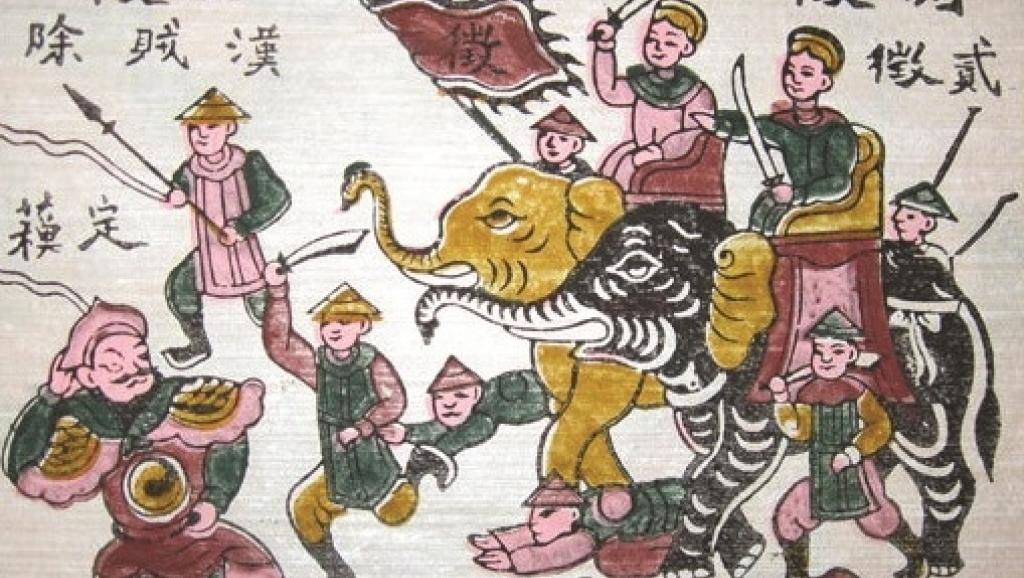 For Women’s History Month, the Civic Engagement Committee published an article on women warrior of Vietnam, such as Hai Ba Trung and Trieu Thi Thinh. Snippets of the article can be found below:

Trưng Trắc and Trưng Nhị were the first two women to lead a successful rebellion to overthrow the Chinese Han dynasty tyrants. Their names were derived from the traditional silkweaving of Vietnam, meaning “egg one” and “egg two” (Nguoi Ke Su). Two sisters in families are also considered con gái hai bà trưng as well! This iconic movement demonstrated their leadership, resilience, and perseverance. Scholars of Southeast Asian culture often cite the Trung Sisters as groundbreaking figures in the history of Vietnam as their story gives Vietnamese women a narrative outside the traditional domestic or household roles.

Although there were many rebellions against the Chinese, Lady Trieu’s rebellion was known as one of the more notable ones. Orphaned as a child in Vietnam, Trieu Thi Thinh lived in a small village with her little brother. During the time that she was alive, the Chinese were in power over Vietnam. She saw how the Chinese people were treating her people so she decided to run to the countryside, set up an army base and trained about 1,000 rebels to fight against the Chinese. Her brother was against her leading the rebellion, and the two of them kept butting heads throughout. Lady Trieu was strong-headed and persisted on with with the rebellions against the Chinese. She was very determined to give the Vietnamese people freedom. A famous quote she was known to say to her brother was: “I will not resign myself to the lot of women who bow their heads and become concubines. I wish to ride the tempest, tame the waves, kill the sharks. I have no desire to take abuse.”