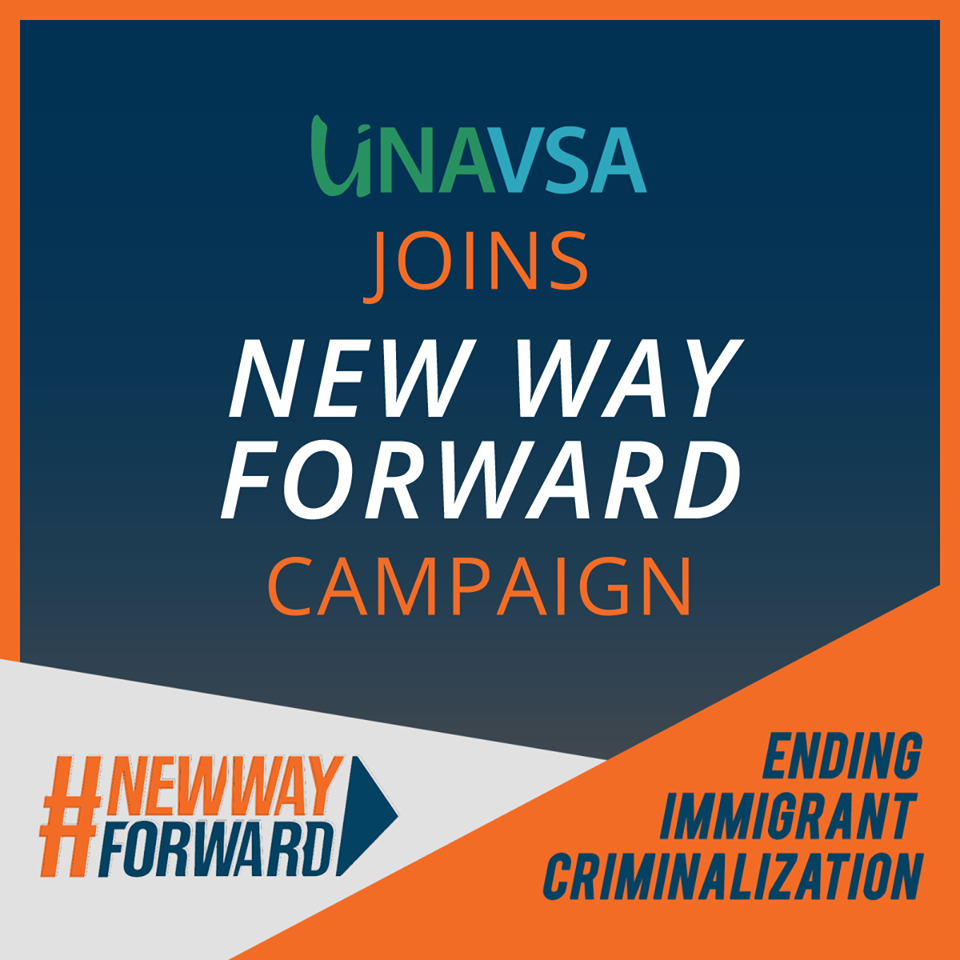 During the week of November 4, 2019, UNAVSA joined the Immigrant Justice Network in the launch of the New Way Forward campaign, releasing our own toolkit and in-network campaign.

UNAVSA supports the #NewWayForward campaign, led by The Immigrant Justice Network, to repeal the harmful 1996 immigration laws that currently shape immigration policies today. Currently, Southeast Asian communities are one of the largest at-risk Asian groups in the nation due to the influence of the 1996 laws that have fortified the modern crimmigration system.

UNAVSA encourages community members to show your support for fair immigration policies by changing your profile picture frame (search #NewWayForward on fb.com/profilepicframes, or go directly to bit.ly/nwf-frame), sharing this post, or learning more about the 1996 laws and this campaign at bit.ly/UNAVSA_NWF.

We hope for all immigrant communities to live without fear and distress and this starts by passing a new bill to end the anti-immigrant policies that support mass deportations and mass incarceration.