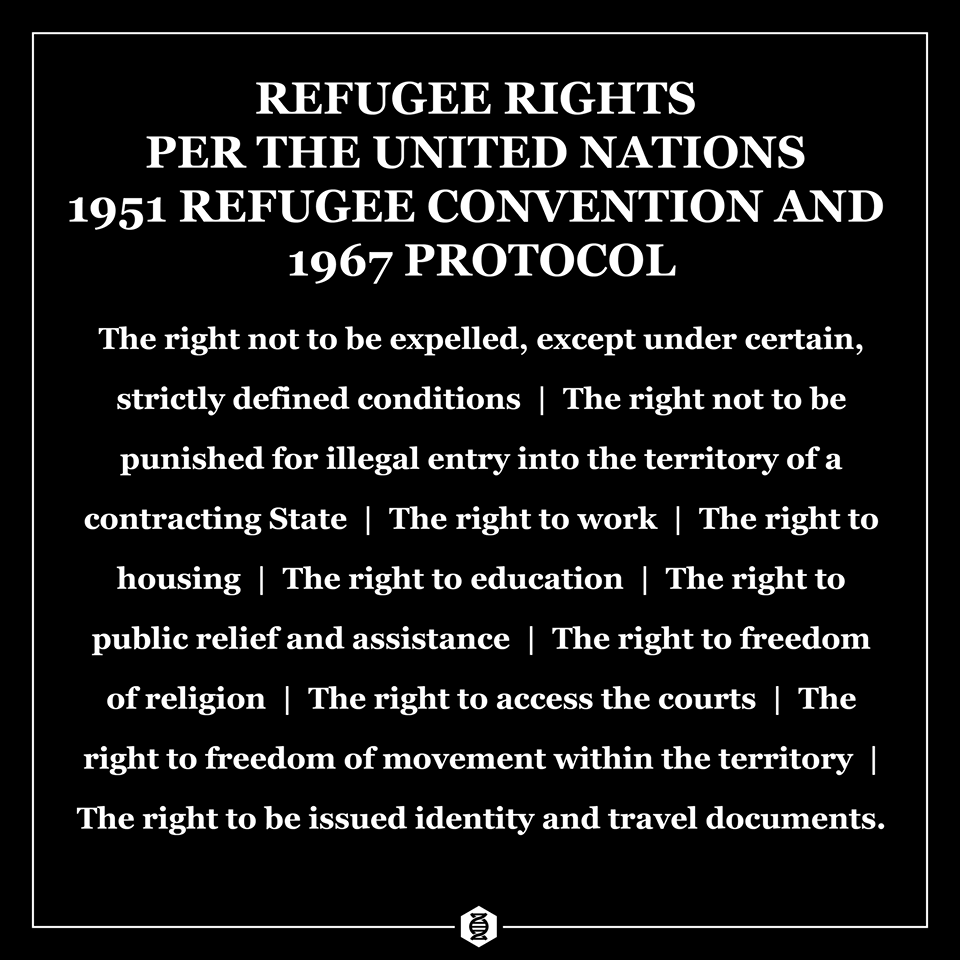 What’s the difference between a refugee and an asylum seeker? What rights are outlined by the United Nations in the 1951 Refugee Convention? What fundamental principle of international law is supposed to protect refugees and asylum seekers from being deported back to the country they fled? Hint: the term is called non-refoulement.

We partnered with REFUGENE to release a series of graphics that highlights the legal differences between immigrants, refugees, asylum seekers, and more. 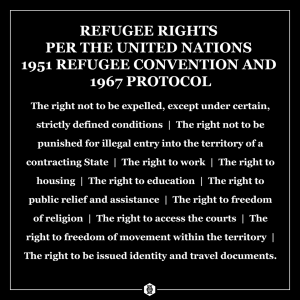 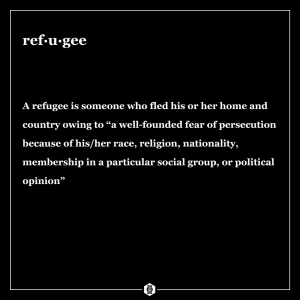 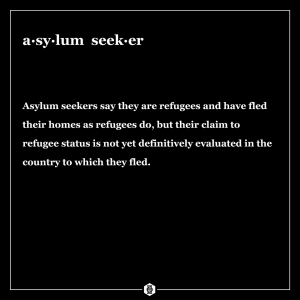 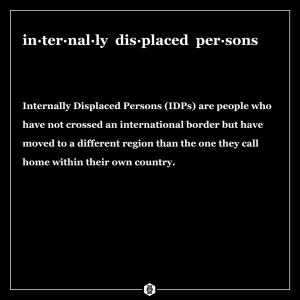 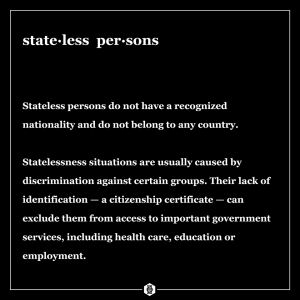 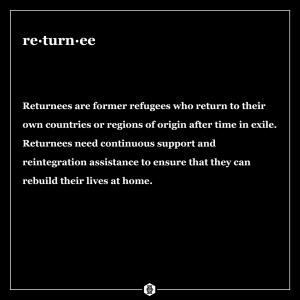 Click on a thumbnail above to view the image at full size.