Why I Vote. Voting gives voice. It gives us–as individuals and as a community–the opportunity to be heard.

Fact: It was not until 1948 that all Asian Canadians were granted the right to vote in the federal election after the passing of the UN Universal Declaration of Human Rights.

Fact: Immigrants of Asian descent faced legal barriers and federal policies that prevented them from becoming U.S. citizens and voting until 1952 after the passing of the Voting Rights Act.

Yet these civil and human rights are not guaranteed across the world nor are they always upheld in countries that claim to guarantee such rights. Voting ensures that politicians are held accountable and that change reflects the needs of the people. There are many reasons for voting. A sense of efficacy… duty… anger… hope. The choice to remain silent allows for mediocrity, ignorance, and injustice to continue. Given all of this, remember that it is not just about whom you vote for, but about why you vote. These are the reasons Why We Vote… 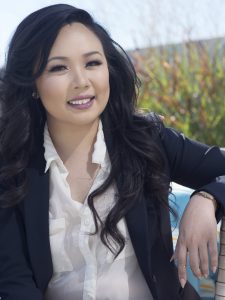 “Growing up in the U.S. presented me with both privileges and challenges. I come from a country that is known to be a superpower, and a land with an abundance of opportunity. Though that may be true as many immigrants, like my parents, come to chase the ‘American dream” hoping for success and freedom, there is still much that needs to changed when it comes to equality. Resources in supporting younger cultures such as Southeast Asians still need advocates and voices. Education, healthcare, and social issues state that we are a marginalized group not equal. I vote because legislation and laws affect my immediate community and without speaking up for rights, the uphill battle gets harder for those after my generation. I vote because I believe in love, justice, and equality. I’m tired of waiting for change, and believe change starts with citizens like you, and I.” 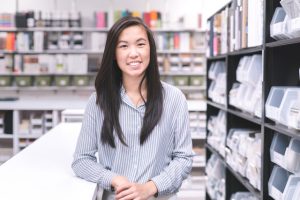 98 years ago, women won the fight to vote. 53 years ago, African Americans won the fight for minorities to vote. So when I see injustices happen within my communities, from my neighborhood to my country – I can’t boo. Not when so many people died to give me the right to say something. Not when my parents crossed oceans to give me the best life possible. I can’t boo and you can bet damn well that I will exercise my right to vote. There’s work to be done and we are the people to do it.” 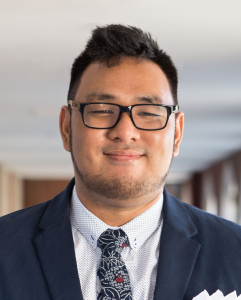 “I vote because I believe that is important to voice out your concerns for how the government should operate and to ensure that your values are best represented in it. By being a citizen and a part of society, we are privileged with the opportunity to have a say in how we are governed.”

“It all starts with a spark. Whether big or small, just like your vote, it makes a 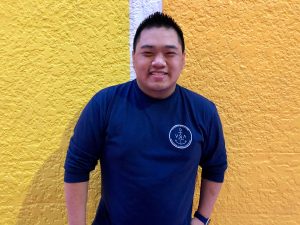 difference. Exercising your right to vote gives you ownership on how you would like to impact your community. For me, my hope is that by voting I can become the catalyst for change for the API community so that our voices will a never ending movement for equity.” 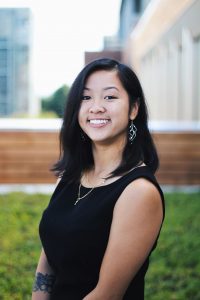 “A frustrating misconception is that ‘I’m only one person, my vote won’t do anything’ and this discourages people from participating in elections. Dear friend, please reconsider: you have the power to vote and have your voice heard. Collectively, WE have the power to cast our votes and have our voices heard. Voting, to put it simply, is a privilege to those who hold citizenship in the United States. Please think about this: we can use our privileges to empower one another and to leverage the people who do not share the same privileges as us. Your vote counts.

“In 1971, the Canadian government began to recognize the value and 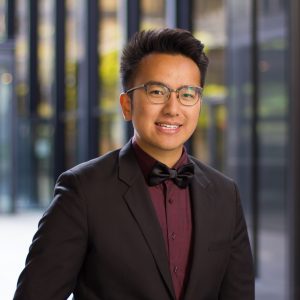 dignity of all races, ethnic groups, languages, and religions when it officially became a multicultural nation. Although described as a mosaic population, espousing official bilingual and multicultural policies, Canada’s three levels of government do not reflect its diverse ethnic population. As a Vietnamese Canadian, I see many deficits in Parliament’s ethnic composition and polarized opinions that are not always reflective of all groups in Canadian society. I vote to be a voice for these visible minority groups and ensure that our underrepresented demographic is noticed for their valiant efforts.” 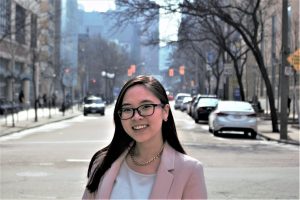 “Asian Canadians were denied the right to vote until the late 1940s, even though they first arrived in Canada in the late 19th century and made immense contributions to Canadian society through their hard labour on the railways and enlistment in the army.  I vote to rectify historical injustices.

Although many Southeast Asian refugees and immigrants have settled in Canada in the past four decades, there is still very little Southeast Asian representation in our three levels of government. I vote to ensure that our community has increased chances of being heard.”

“I vote to disrupt systems and make a statement. Within media, 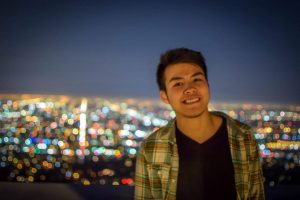 political representation, historical representation, educational narrative, we, Asian-Americans lack voices to the point where we may not be seen as American as the next white American. This can be said about all marginalized identities, so it is our MISSION to make our voices heard through our American civil duty to vote because even if society may not look at us as full Americans, we within ourselves find enough pride to vote and be the Americans that make the beautiful change that includes our stories and narratives.” 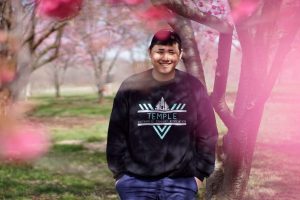 “It’s important that anyone who is eligible to vote makes a conscious effort to register, and vote in all of their elections and on any of referendums, proposals, etc., that they feel is relevant to their community and to the well-being of others. “Vote or Die,” including its South Park parody has always struck me since a kid- as melodramatic as it sounds, there have been elected officials, representatives, and senators trying to impede on the liberties of marginalized communities, and I believe we as youth leaders need to send a message to them that these policies are not okay.”

“I vote because it is my duty to stand up for what I believe in. I don’t want to take 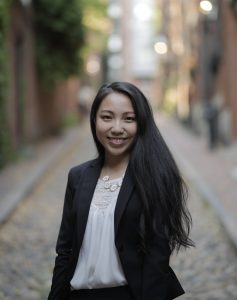 the opportunities to utilize my voice for granted by not voting. It is a privilege that was fought by generations before us and it is important to take advantage of it.” 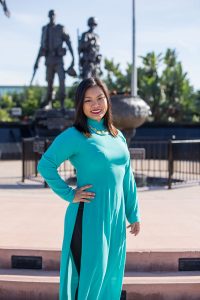 “In the United States, we pride ourselves on the fact that we are a democracy– a government for the people, by the people. Or at least, we used to be. People are more skeptical of the power of their vote than ever before.

There is strength in unity– “một cây làm chẳng nên non; 3 cây chụm lại nên hòn núi cao”. That’s the basis behind UVSA SoCal, and the basis behind UNAVSA– that together, we can achieve greater heights. And only by uniting as an electorate can we ensure that our voices will be heard once again.”

“With a single vote, I give myself the power to affect change in my own government; 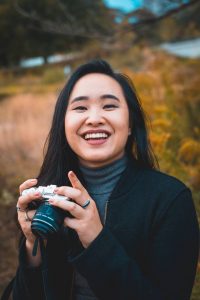 who I vote for makes decisions regarding my health, education, and community. While many see voting as a right, it is a privilege not many people in this world have.” 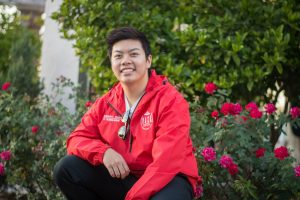 “I aspire to have an impact, and to make a change within our community. By voting, this gives me the chance to change the present, and create a better future. I vote because every voice deserves to be heard.”

“I vote because our problems and solutions are situated in systems. Even if we ignore it, 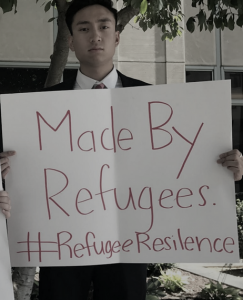 the rules, resources, and consequences are being decided for us. It’s crucial to advocate for policies, representatives, and practices that reflect the communities’ needs. Our voices must at the table and a part of the decision-making process. And if they aren’t, we must demand it.” 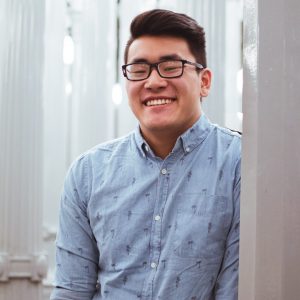 “Voting is one of the smallest things, but one of the most impactful things you can do to enact change, especially at the local level. Laws and policies affect your everyday life and voting can affect direct change in those laws and policies. There are injustices happening everywhere and being complacent can and will lead to worse outcomes. Making our society better involves a lot of effort, whether it’s calling elected officials or participating in advocacy organizations, and we need to be putting in that effort. We need to be practicing civic engagement.”

“I vote in order to give a voice to myself and those who can’t voice theirs. Voting 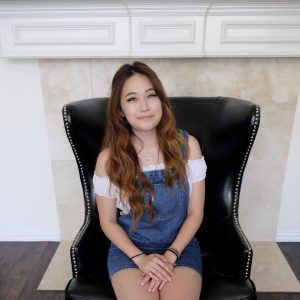 serves as one of our fundamental rights as Americans and there are many minority groups that do not get these opportunities because of many systematic limitations caused by racial bias and years of history. I vote in order in hopes of helping change these systems to create a more fair and equal opportunity for everyone.” 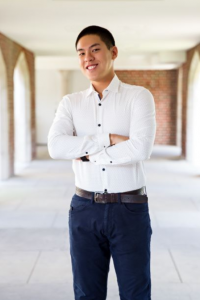 “I vote because it has a bigger impact than one might expect. Everyone has a voice they can exercise, and everyone has the ability to contribute to a collective view that has the potential to affect literally millions. My vote means I contribute one step forward in that process.”

“I believe that voting gives me a platform to advocate for my community, especially 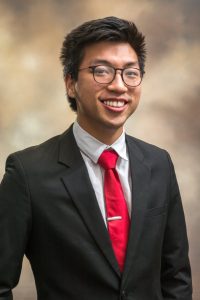 for those who are vulnerable. I vote because I want to take a role in electing leaders that represent inclusive values. And every time I do so, I feel like I am making a small, but impactful difference in our country. By also engaging in meaningful conversations about our community, I hope to empower others to vote.”