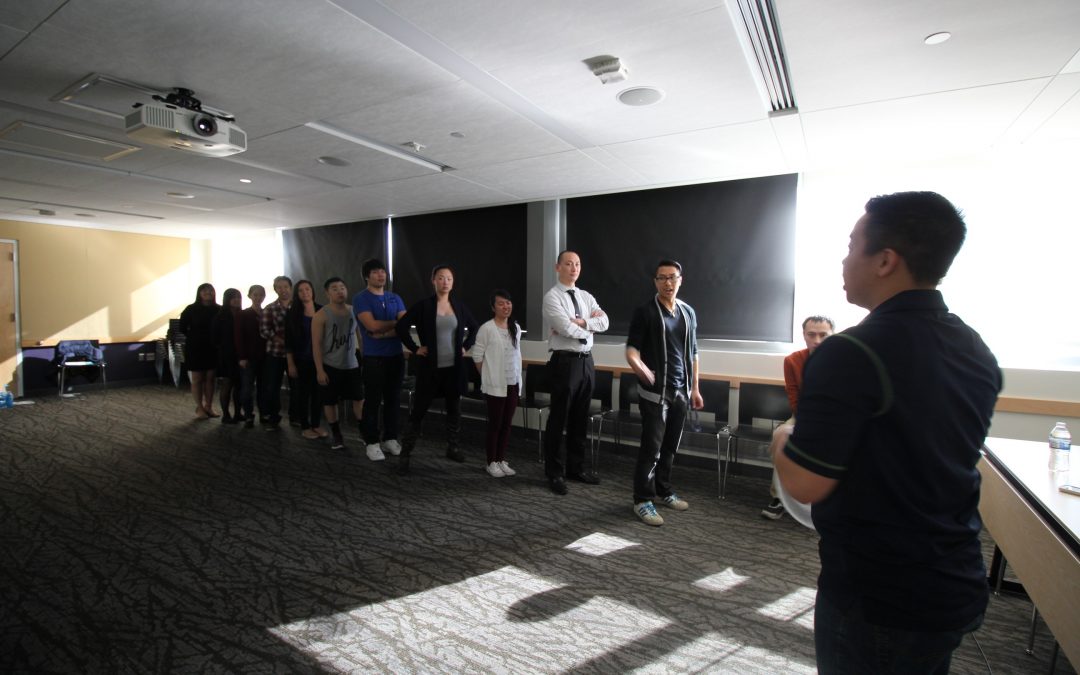 Bursts of laughter filled the room as we watched one another act out charade telephone. Following the UNAVSA-12 presentation, attendees had to act out different animals and occupations from snake to belly dancer. By the end of the activity, large circles formed and attendees from Washington and Oregon alike, mingled and shared their stories of school work and prior conferences attended.

One of the things we learned was that our attendees from Portland State University had driven 3 hours to be there. That’s exactly the excitement and motivation we want to see! We hope they’ll bring back tales of our leadership and good looks to share with their fellow Portlandians. We also had one attendee who had never been involved in VSA before and by chance, she heard of the conference while visiting from Chicago. She had no idea what to expect, but she was glad she came. Everyone was so friendly and engaging that she didn’t feel out of place one bit. She said she might even attend the conference this June, and we hope she does! Overall, the event was a success! Our goal was to set the tone for the conference at the meet and greet, and that’s what we did. Everyone came away with something new that they learned, and we all had fun!

Speaking of fun we had, we also discovered that a handful of us were fellow League of Legends Summoners and made appointments to meet on the Rift. Shout out to Warren Mui, a member of the conference leadership, who volunteered to share his expertise about the conference and its beginnings. Kudos to Cathy Dang for organizing the event, and many thanks to Andy Nguyen, President of University of Washington’s VSA for securing a venue for the meet and greet.