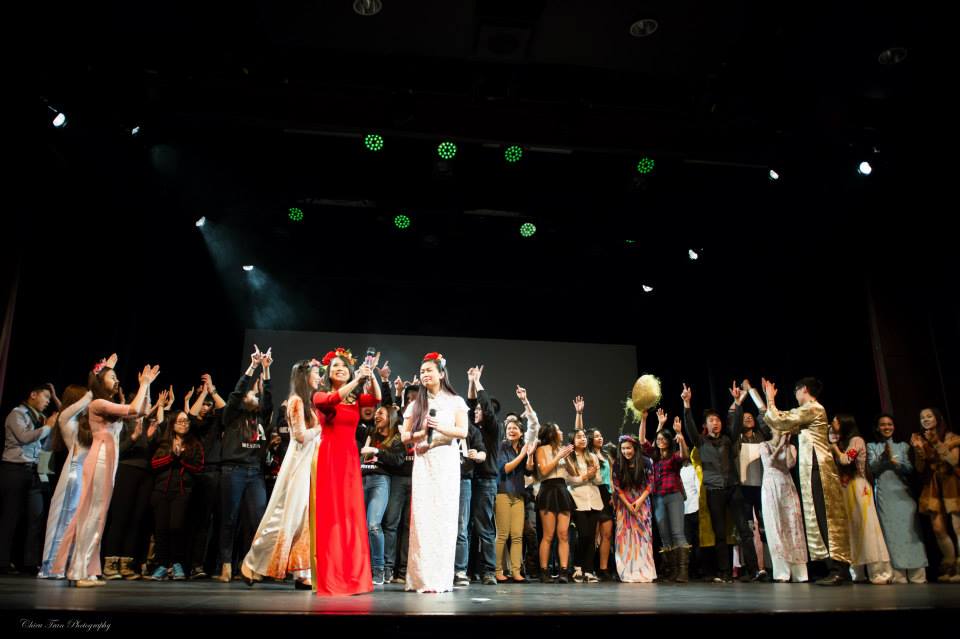 The Ignite Cultural Show is a cultural competition between VSAs across Ontario with the goal to preserve our Vietnamese identity by promoting our Vietnamese culture, and language through the performing arts. This year our theme was Lạc Vào Cổ Tích or Lost in A Tale.

Nerve-wracking is a word that perfectly describes how I felt stepping into the theatre at noon on March 21st, 2015 to prepare for UVSA Ontario’s 17th Annual Ignite Cultural Show.

With a completely sold out show, and six participating VSAs across Ontario, the pressure was on. As dress rehearsal passed by, we moved to break, and soon before we even knew it, doors opened and guests were already piling in.

The curtains opened, and that’s when the real magic happened. I can’t come up with words to describe how vibrant, magnificent, and enchanting those performances were. From the words, to the laughs, to the dance numbers; these performances didn’t just prove that VSAs across Ontario can entertain, but it also showcased all of the VSAs hard work.

For the past 8 months, from all the draft scripts that were thrown out, to the long night rehearsals, to the constant changes that makes all of us want to scream out “Trời đất oi.” We did it. From the beginning of the show until the very last minute, everything was done by us. As a whole entire province, we did it.

And as the show ended, and all the VSAs made their way to the stage. All the anh, chi, em, hand in hand, on one single stage, in that moment… believe me when I tell you, their enthusiasm, and their love for our culture shook the entire theatre.

Ignite was supposed to showcase our culture, but it did so much more than that. It brought everyone together, and although everyone were competitors, I still remember our event runners running downstairs to tell the VSAs to quiet down because they were playing ice breaker games, not just one VSA but all. Or when they cheered not just for their school, but for all schools. Ignite isn’t just a culture show, it creates friendships, it creates bonds, it creates change, and it’s the reason why people do it again every year.

And as I stepped out of the theatre that day, Ignite to me – and I’m sure to a lot of people – wasn’t just a three hour show; it was a process.

To this day, I can’t tell you how much of a difference these VSAs made not just with the audience members, but with other VSAs, and even within their own VSAs. They made us proud, they made our parents proud, and most importantly they made each other proud.