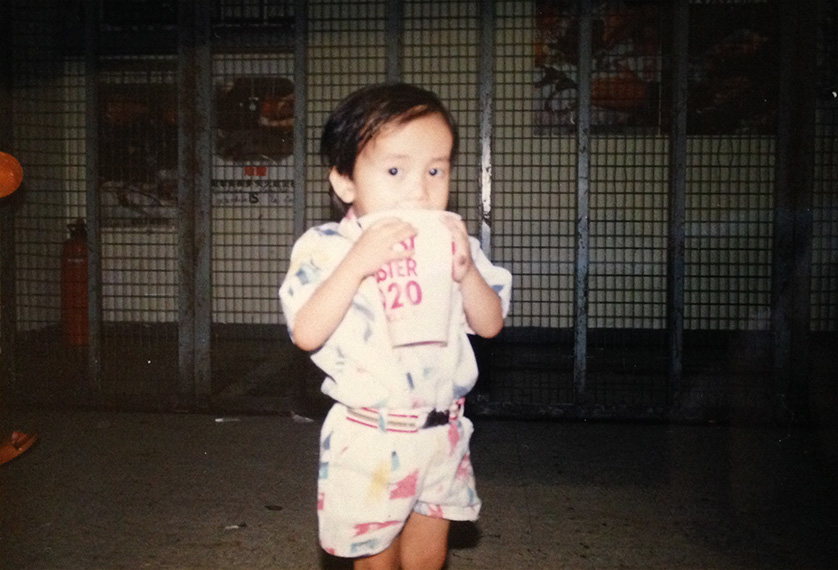 It was May of 1986, my dad got arrested again for trying to escape Vietnam. He was arrested a few years prior with a year and a half sentence. This time, my mom was pregnant with me at 3 months. Though she already had my 2 brothers, my mom stood by his side despite his failed attempts. She would pack food for him every month to last for a month because they would only allow her a single visitation per month. Cooked rice dried under the sun, moist with water and some nước mắm was the staple. Kind of like instant noodles, but the rice version. Protein was a rare delicacy and way out of her budget. To make a living and to feed our family, my mom walked to the large market a few miles away, bought items in bulk like liquor and sugar, and then divided them into smaller quantities to sell to our villagers. She profited about $40 from $10 worth of goods, enough to live for a week.

My dad went to school, but he had to become a fisherman because that was one of the few opportunities available to him. He didn’t like it and wanted more for us, so he kept trying to migrate to the states. The jail was just a long corridor where they stuffed all the prisoners. The officials beat him and the other prisoners would beat him too. When my mom came to see him with her food wrapped in a big cloth, he had a grand idea, share the food with the top prisoners. All of the prisoners were starving as well because the officials wouldn’t feed them for days at a time. He was able to barter protection with the top prisoners with my mom’s rations. He was released after 3 months with another warning, but that didn’t stop him. His third and final attempt was when I was 10 months old, so about a little over a year after he was released.

On the day of the escape, my mom put me in a drapery on her back and gave me sleeping medication so I would keep quiet (she laughed when I cried in outrage that she drugged me!). She tucked me in along side a pair of clothes and some moon cakes and walked to the river like she normally did during the month of planning to lessen suspicion. She walked up the river to get to the boat where my dad told her to meet him. My older brother was guided by my older cousin to the ship and my dad snuck out the night before to not get caught again. It was a gamble since this was my dad’s third attempt, but my mom trusted him. My second older brother, he was left behind just in case we didn’t make it to continue our family lineage.

Route from Hue to Macau to Hong Kong

There were a few dozen boats leaving Vietnam’s shores, ranging from 10-person to 50-person boats. We were in a smaller boat, about 15 people would fit and all were in our extended family. We weren’t destined for the states just yet since our boat wouldn’t likely make it. Instead we got furthest as we can from Vietnam’s waters and hugged the shores of China. We did this for about a month. To survive, we would disembark temporarily on China’s soil to beg for food and clothes and also rest. My auntie would take me and my brother with her to beg villagers that lived near the shores because it was more successful. My mom tells me of using the salt water to brush our teeth because there were no other alternative.

We were on a fortunate boat, however. A lot of ships sank trying to escape Vietnam and a few of our villager’s families all got lost at sea. One family, only one person survived and she’s now in a mental hospital, but the details on why is unclear. Even I was going to die as well because I was a small and sick baby. Till this day, my older cousin still tells me of how I almost died and how he took care of me. It’s around October of 1987 now and we reached Macau, where we waited to be accepted into Hong Kong’s refugee camp. After a week, we were finally accepted. The refugee center was small, like an apartment with metal beds and metal bars as doors. Almost like a jail cell is how my mom describes it. However, she was happy because they fed us twice a day, much more than what we asked for compared to the month prior at sea.

Youngest picture of me at the Hong Kong refugee center

After about 2 months, my dad got an offer from the U.S. dignitary and Catholic Church to go to the Philippines to learn English for 6 months to be able to enter the states. He accepted the offer even if it meant to leave my mom, my brother and myself behind in Hong Kong. He would study every day and after 6 months he passed the test to be able to go the U.S. under the Catholic Church. He resided in Stockton and they gave him a job at a farm, but the agreement was that he still had to continue learning English for at least another 6 months. He sent back about $50 at a time by money order to my mom. After a year and a half, or nearly 2 years since he left Hong Kong, my dad finally sent enough with my mom saving it, for us to buy 3 one-way tickets to the U.S.

Flash forward 24 years later, I am now an alumni from a respected university, have a job, and am also part of a continental organization where I met a lot of people with similar stories as my family. Learning more about my heritage made me learn enough Vietnamese to be comfortable in asking my parents what they went through and how much they sacrificed for us to have a better life. I encourage whoever is reading this to ask their parents what they went through. It’s well worth it.